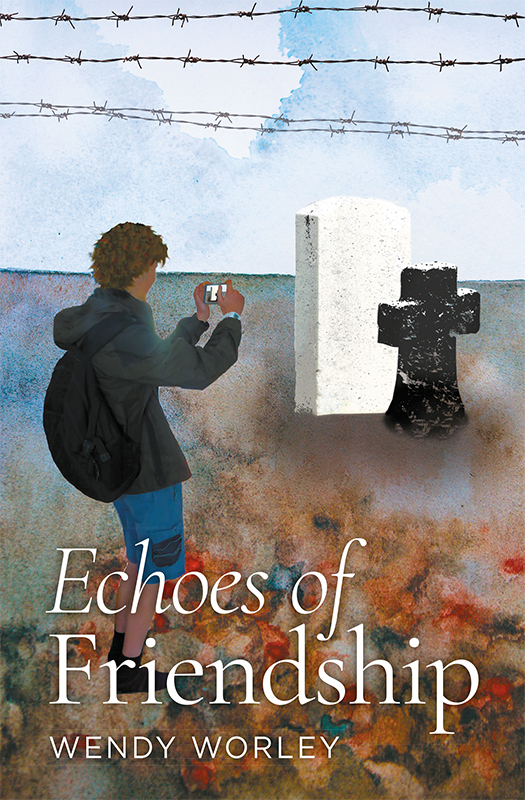 Andy’s school trip to the World War One battlefields is a chance to learn the history of his great-grandfather, Matt’s struggles and survival in the trenches.

Matt and his cousin James were affected differently by the story of the hero of Dargai, who they met as children. Matthew hears the melody of the fearless piper. James wants to emulate his valiant bravery. When war comes James is quick to follow the hero’s lead. Matthew, nicknamed Mac by his comrades, finds salvation through his friendship with a German POW, Hans. They discover a common bond that surpasses their country’s enmity.

Andy faces his own demons in the shape of the Squaddies, a gang of bullies who taunt him at school and on the school trip. The Anglo-German friendship echoes down the years when Andy befriends a German student, Sophe. He tells her the story of Mac’s friendship with Hans.

Can Andy find the courage to face up to the Squaddies?

The History of Echoes of Friendship

It all began with a handful of photos, three letters from a German and a novella entitled Viola Tricolor from the First World War. My grandfather had kept these souvenirs. I was interested in family history and fortunate to be able to ask my grandmother about what she could tell me of my grandfather’s side of the family tree. This was backed up by research in the days before the internet.

When Theresa Breslin told me I should write the story of my grandfather’s friendship with the German soldier who had written the letters and given him his photo and the book as a Christmas present, I wanted to do this for two reasons – to record and share the story for the younger generations of our family and in the hope that their friendship might resonate with a wider audience. 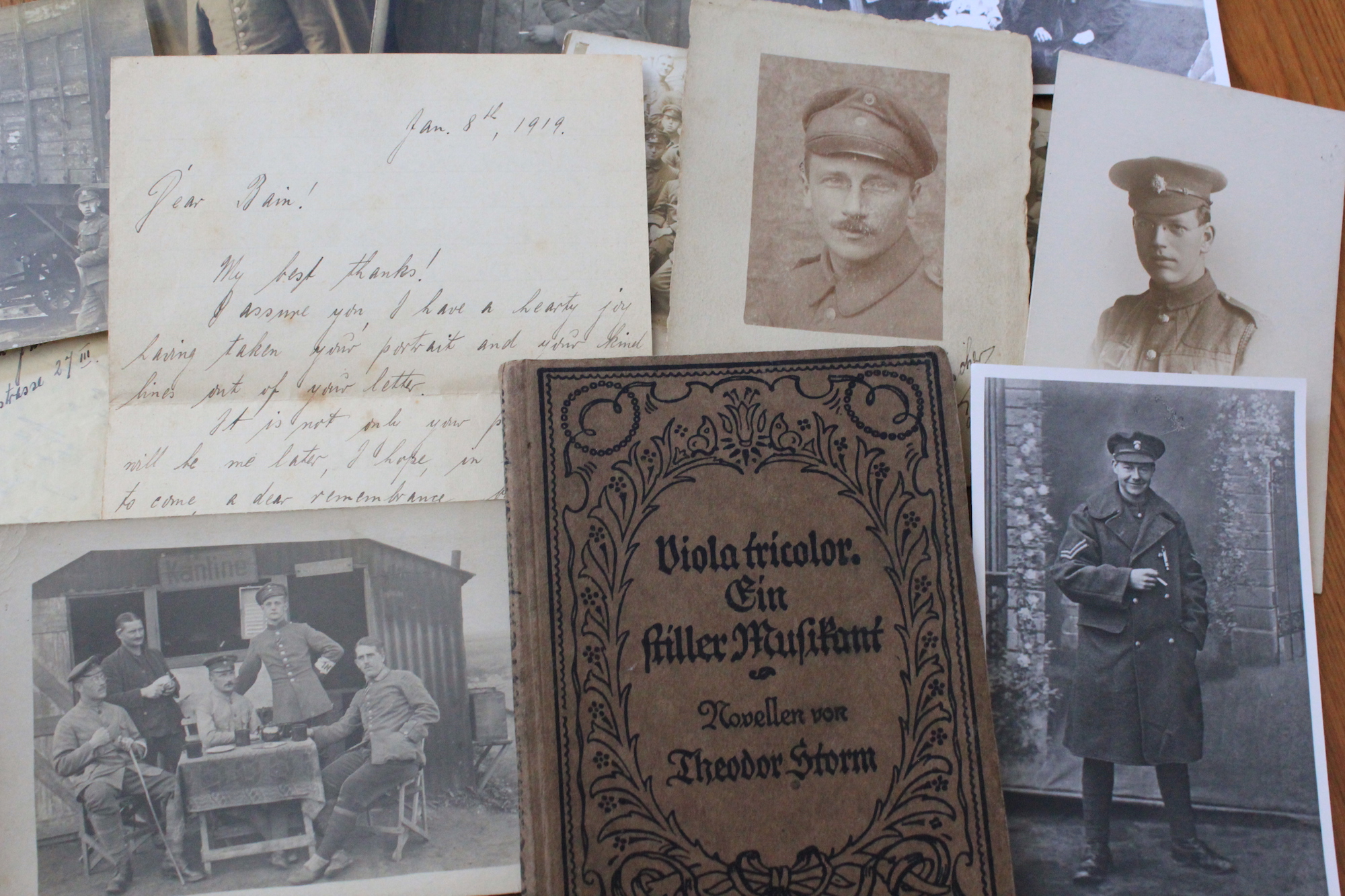 The artefacts and people are and were real but their encounters are made up. How they met during the war is a mystery – this is my theory of how and why they became friends.

From a small collection of photographs, letters and memorabilia from her own family history, the author has crafted a powerful story of the First World War and skilfully interwoven it with a story of today, of bullying, friendship and a school trip to the First World War battlefields. Fifteen year old Andy is sensitive and introverted, his parents are separated, there is little money in the house and he doesn’t get on with his Dad. A school project sparks an interest in his family tree, something which his Aunty Jean is able to help him with, and she supplies him with transcripts of letters which his great-grandfather Matt (known as Mac) sent from the Western front. The letters show that Mac befriended a German soldier, Hans, during the war, and that their friendship lasted after the war was over. How this occurred is a mystery that Andy is determined to solve.

A new girl joins Andy’s class, Sophe, from Germany. She and Andy get on really well, they share their interests and their friendship blossoms, to the annoyance of Dan, the leading bully, who torments Andy at every opportunity. Andy is unable to discuss the bullying but Sophe soon realises the problem, which comes to a head on the school trip when Andy bravely faces up to his tormentor. Andy’s and Sophe’s relationship parallels the international friendship between Mac and Hans, and after one more term at Andy’s school, Sophe, like Hans, has to return to Germany. Will their relationship continue, as Mac and Hans’s did?

Powerfully and vividly drawn, this is a warm and sensitive portrayal of friendship and loss, of overcoming fear and of the common bonds of humanity. At times the prose is spare and haunting, as with the description of a beautiful September evening the moment before a gas attack, and Mac’s horror at having to watch a colleague shot by a firing squad.

With the clever technique of the alternating Mac and Andy chapters being in the first person and present tense (Mac) and third person/past tense (Andy), the author has skilfully brought the past into the present and linked the two stories together into one relevant whole. This is a story that will resonate on several levels with many teenagers, and is thoroughly recommended.